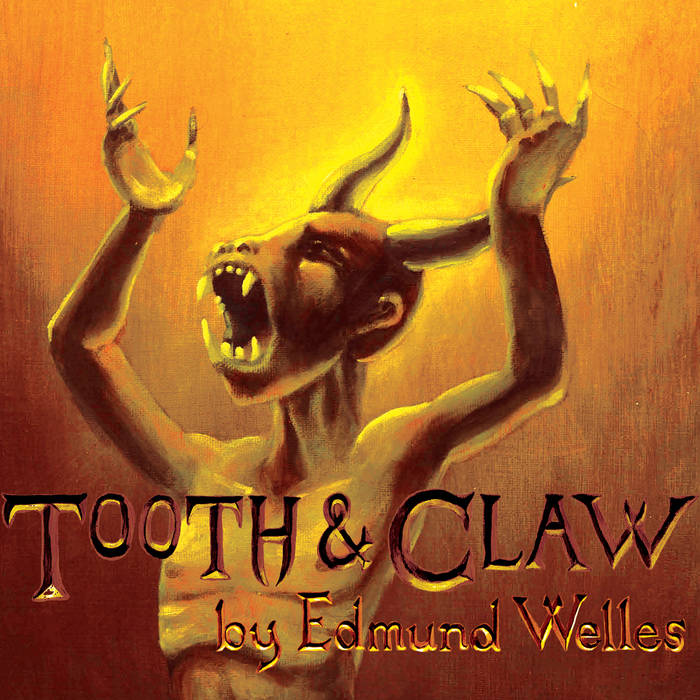 hguipf The first time I saw this album cover, I truly did not know what to expect. Little did I know it would lead me into the enchanting world of Edmund Welles and rocking bass clarinets. So glad I stumbled on these guys here Favorite track: Synge.

Carsten Pieper To repeat myself: Wood wind's Apocalyptica!
Finally, there first two records appeared on Bandcamp, too. Great - I have to get them all :-)
And if you ever wondered, what a "robot bass clarinet" might be - or at least, sound like - listen to Vector....
And if you feel like trying to sound the same and happen to have a bass clarinet by hand: This one comes with complete sheet music of Vector and Rabies. Although I definitely would break my fingers if I tried ;-) Favorite track: Vector.

It was originally founded on two principles: the bass clarinet can achieve a virtually unlimited range of sounds, and when this same instrumental voice is multiplied, it can be as powerful as a boogie woogie piano, a gospel quartet or a rock band. Indeed the very first arrangements were of the Swan Silvertones, Montana Taylor and the Pixies. The original compositions have evolved into a style unique unto themselves while maintaining a stylistic consistency at their core, and the arrangements conquered by the quartet now include Black Sabbath and Sepultura songs.

the single-reed conspiracy:
SINCE 1998, EDMUND WELLES has been transmuting many musical styles into bass clarinet quartet form. The single-reed conspiracy has at its disposal the following devices culled from the world of heavy metal music: a thickness of tone, a density of texture, absolute rhythmic precision, and the extreme use of dynamic contrasts. The bass clarinet: a synergy of designs from all saxophones and clarinets, themselves the culmination of hundreds of years of single-reed instrument evolution. A four-and-a-half octave voice, multiplied into four equal parts and breathing together to create a dense, pulsing sound capable of expressing and reflecting the full range of human emotions.

Edmund Welles: the bass clarinet quartet is led by Cornelius Boots, who has been composing and arranging pieces for the quartet since 1996. Rounding out the quartet are Jeff Anderle, Jonathan Russell, and Aaron Novik. Visit www.edmundwelles.com for more music, details, and reviews.

There is no precedent for a wind-based ensemble such as this attempting to build these massive bridges between avant jazz, new music, black metal and classic rock.

Winners of 2nd place in the 2006 International Songwriters Competition Instrumental Category for the title track of this album: "Tooth & Claw."

Lance Skiiiwalker joins the show to discuss his most recent releases