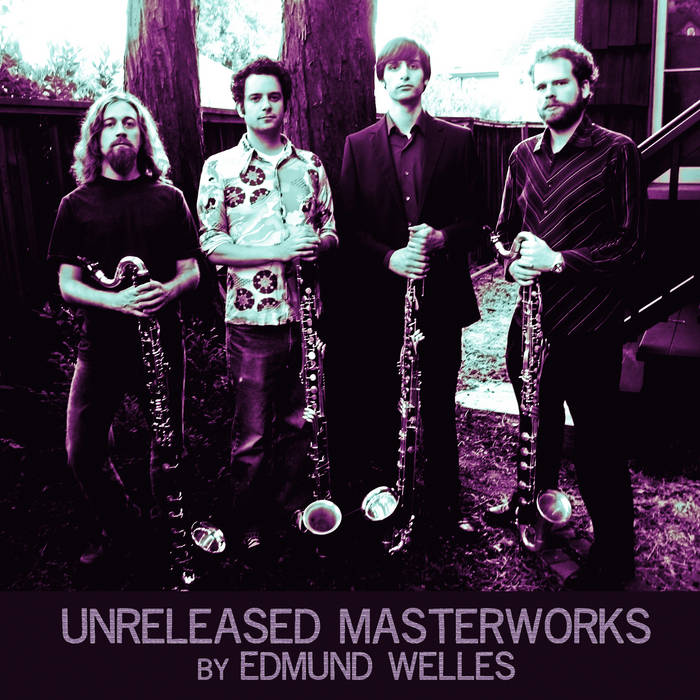 The Unreleased Masterworks are:

Edmund Welles was founded as a seedling in 1996 when Kevin Shima lent me (Cornelius Boots) his cassette 4-track Portastudio and I crafted the track "In a Crowded Comb" which was to be movement one of a trilogy that was dedicated to the imagined experiences of a beekeeper and his bees.

In addition to an earlier piece for 2 Bb clarinets, 2 contrabass clarinets and percussion (bassclarinet.bandcamp.com/track/hazelnut-original-flavor),
this bee track was a successful composition project, an exciting template and progenitor, in my opinion, and inspired more new compositions and the gathering of the live group, The Cornelius Boots Trio, which was two bass clarinets and drums. We were active throughout the summer of 1996 wherein we recorded many tracks and played a handful of shows. That album can be found over here:
bassclarinet.bandcamp.com

Since Edmund Welles as both an active composition project and live ensemble closed the book on itself in 2015, the question of how to release these hidden masterworks--along with many arrangements, live recordings and other gems--has hung like Tibetan incense in a still, quiet room.

I say to you: listen with peace in your heart and Golden Ewoks in your ears and have a fun journey with us back through the shadowed pages and corners of the book of EDMUND WELLES, the bass clarinet quartet.

Cornelius Boots: all compositions and bass clarinet IV on all tracks.